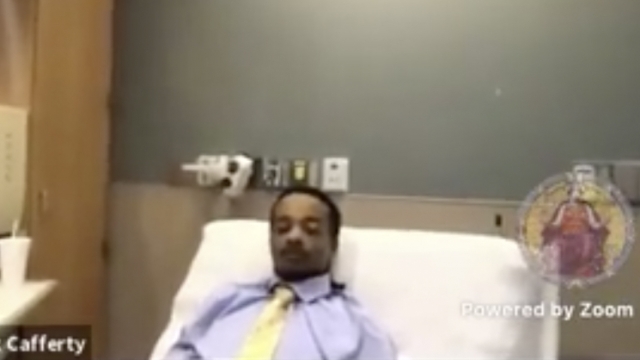 Blake made his court appearance via video call from a rehabilitation center where he's being treated for paralysis resulting from August shooting. He plead guilty to lesser charges of disorderly conduct and domestic abuse while a third-degree sexual assault charge was thrown out by prosecutors.

He had been accused of illegally entering a home in May and sexually assaulting a woman. The judge withheld sentencing and instead placed him under two years of probation.