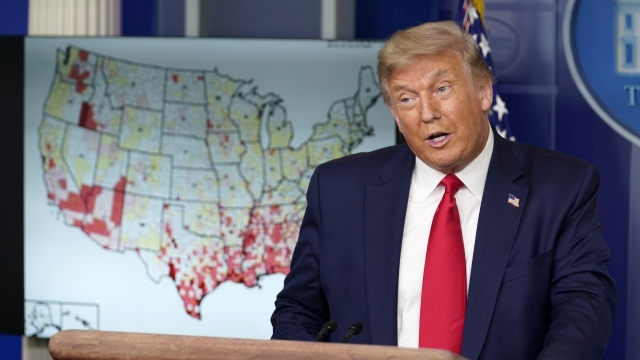 President Donald Trump announced Thursday he's called off the Jacksonville, Florida, portion of the Republican National Convention due to the coronavirus pandemic.

"I looked at my team, and I said the timing for this event is not right. It's just not right with what's happened recently, the flare-up in Florida — to have a big convention is not the right time," President Trump said. "It's really something that for me, I have to protect the American people. That's what I've always done, that's what I always will do, that's what I'm about."

President Trump said he'll still deliver an acceptance speech next month, but not during "a big crowded convention per se."