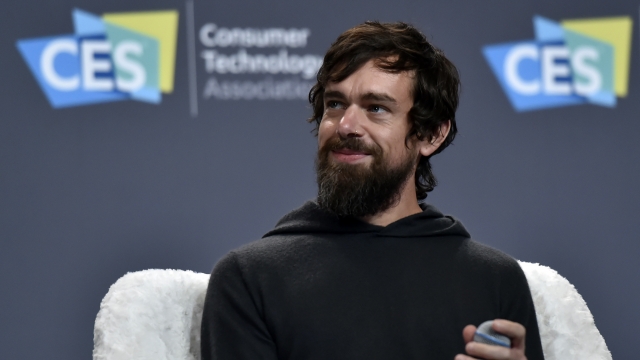 SMS
Jack Dorsey And Other CEOs Say Abortion Laws Are 'Bad For Business'
By Katherine Biek
By Katherine Biek
June 10, 2019
The CEOs from many U.S. companies endorsed a letter that ran as a full-page ad in The New York Times Monday under the headline "Don't Ban Equality."
SHOW TRANSCRIPT

More than 180 business executives are rallying together to oppose recent controversial abortion laws, calling them "bad for business."

The CEOs from many companies endorsed a letter that ran as a full-page ad in The New York Times on Monday under the headline "Don't Ban Equality."

Leaders from companies like H&M, Tinder and food delivery app Postmates lent their support, along with the CEO of Twitter and Square, Jack Dorsey, and fashion designer, Diane von Furstenberg.

In the letter, the CEOs called on other companies to "stand up," stating, "Restricting access to comprehensive reproductive care, including abortion, threatens the health, independence and economic stability of our employees and customers."

Their letter comes after multiple states, including Georgia, Mississippi and Ohio, have recently passed so-called "fetal heartbeat" measures into law, effectively banning abortions after a fetal heartbeat is detected — usually around the six to eight week range.

Alabama lawmakers took things a step further — making it a felony for a doctor to perform an abortion at any stage of pregnancy unless the woman's life is at risk or the fetus has a "lethal anomaly."