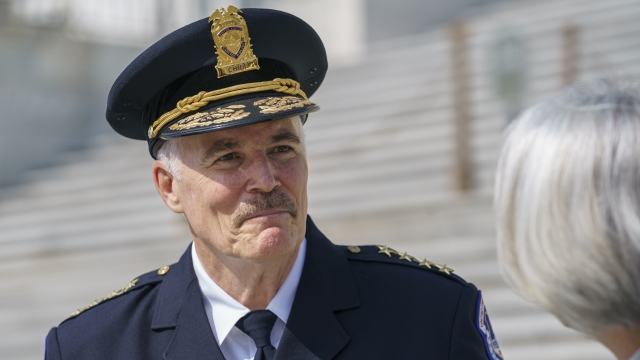 Manger will take charge of the department in the aftermath of the violent Jan. 6 insurrection in which supporters of former President Donald Trump easily overwhelmed law enforcement and stormed the building.

The Capitol Police Board, which includes the House and Senate sergeant-at-arms and the Architect of the Capitol, oversees the force and led the search.

The board said in a statement that Manger had been appointed after nationwide recruitment and that they have confidence in his "experience and approach in protecting the Congress – its Members, employees, visitors and facilities.”

In a statement, Manger said he is “humbled and honored" to join the department.

“The challenges in protecting the Capitol campus, and everyone who works or visits there, have never been more complex,” he said. "The courage and dedication of the men and women of this agency were on great display on Jan. 6th. It is now my job to ensure that they have the resources and support to continue to fulfill their mission in an ever increasingly difficult job.” 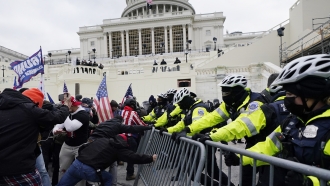 The Capitol Police Board said Manger is “a seasoned decision-maker who will lead with integrity” and that his “commitment to listening, fairness and transparency will be key in rebuilding trust amongst USCP sworn officers and civilian employees.”