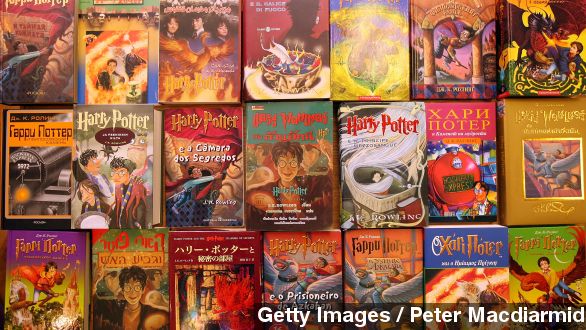 Rowling is releasing 12 Harry Potter short stories starting on Friday, December 12th in celebration of the 12 days of Christmas.

Rowling made the announcement on Harry Potter fansite "Pottermore" and, according to a Facebook event for the release, all you have to do to access them is "answer our rhyming riddles to unwrap a #PottermoreChristmas surprise every day."

As for what to expect? Well, the 12 stories will focus on Harry Potter's nemesis Draco Malfoy. The email announcing the new writings said it would also feature "Moments from 'Half-Blood Prince,' shiny gold Galleons and even a new potion or two."

The extra helping of Potter content isn't out of character for Rowling, nor is adding a bit of a seasonal theme to it.

On Halloween, Rowling wrote 5,000 words on the Pottermore site, sharing her opinions on Hogwarts teacher Dolores Umbridge whom she compared to Voldemort.

The last time we saw Draco, played in the movies by actor Tom Felton, he was at King's Cross Station dropping off the next generation of Malfoy for the Hogwarts Express.

Those stories will post online starting at 8 a.m. ET on December 12th and release every day after that.