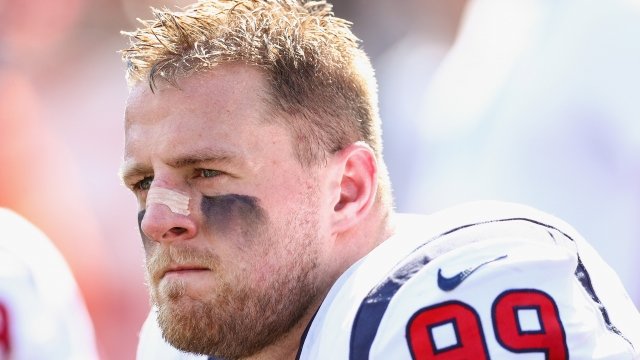 SMS
J.J. Watt To Pay For Texas School Shooting Victims' Funerals
By Ethan Weston
By Ethan Weston
May 19, 2018
Nine students and a teacher were killed and 10 other students were injured Friday in a school shooting in Santa Fe, Texas.
SHOW TRANSCRIPT

Houston Texans' football star J.J. Watt will pay for the funerals of the 10 people killed in Friday's Texas school shooting.

Nine students and a teacher were killed and 10 other students were injured in the school shooting in Santa Fe, Texas.

Watt is well-known for his philanthropy in the Houston area. After Hurricane Harvey struck Texas last year, he raised millions of dollars for relief efforts. He was awarded the Walter Payton NFL Man of the Year Award for his charity work.