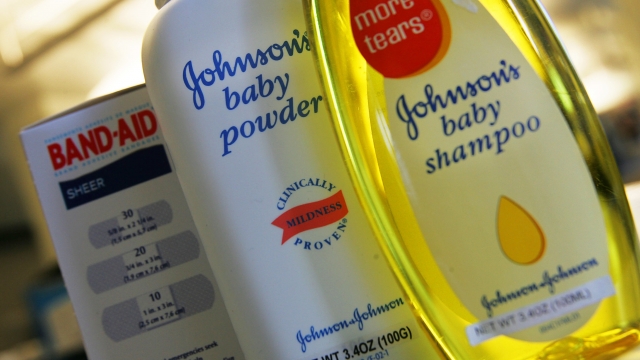 On Monday, a judge found Johnson & Johnson guilty for helping fuel Oklahoma's opioid crisis that includes more than 6,000 overdose deaths in the state. But this landmark case is just the latest lawsuit the company is facing. It's also dealing with tens of thousands of other suits over products like its talcum powder, hip implants and the blood thiner Xarelto.

Johnson & Johnson's quarterly report, as of June 30, 2019, shows 59,200 pending cases for those products. The report lists another 42,100 pending cases with products like pelvic meshes, a drug to treat certain mood disorders, and a drug for diabetes. That's a total of 101,300 pending lawsuits the company is facing.

The judge's ruling in Oklahoma includes the company paying $572 million to the state for its role in the opioid epidemic. So what could this mean for Johnson & Johnson when it comes to the other lawsuits?

Let's dig into some numbers here: Forbes added up the lawsuits pertaining to talc, hip implants, artificial hips and the blood thinner Xarelto, coming to a rounded number of 50,000. It then estimated average figures for each settlement cost. Forbes calculated the costs to see just how much Johnson & Johnson would lose *if* it were to settle just those 50,000 particular cases it's facing with the cash in hand the company currently has.

According to the company's quarterly report, Johnson & Johnson had some $14.4 billion cash in hand as of June 30. The figures from Forbes do not consider the $572 million dollar ruling in Oklahoma. Johnson & Johnson says it's going to appeal the "flawed judgment."