How J.D. Vance Pulled A Victory For Republicans In The Senate 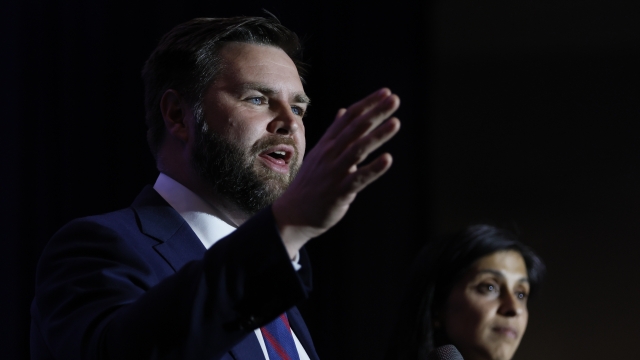 After a long, expensive campaign, J.D. Vance won a pivotal seat for the Republican party in Ohio after its seated senator retired.

Vance started his campaign in a crowded Republican primary as a candidate with no political experience. He wasn't considered a favorite in the race, despite national recognition in 2016 for his book and later film "Hillbilly Elegy," which was about his life growing up in poverty in Appalachia.

He also had another problem: In a state where former President Donald Trump won by eight points in 2016 and 2020, Vance's early description of the president as "reprehensible" and "an idiot" were being used against him.

"I think I saw this guy, he was an outsider," Vance said. "I didn't really believe he was serious, and then I saw the guy and action and I thought he was a successful president."

Vance rallied with Trump on multiple occasions in the lead-up to the 2022 midterms. As Vance tilted further to the political right, he questioned the results of the 2020 election and attacked President Joe Biden on issues like border security, policing and government spending.

Vance's opponent, Tim Ryan, stayed within the margin of error in polling for much of the campaign.

Vance and Ryan found common ground on many issues — from police funding to oil and gas production in the state — but Ryan says the Republican party has become too extreme.

"Democrats and Republicans and Independents, goodhearted people have to fight the extremist movement happening in this country," Ryan said.

On the campaign trail, Vance often talked about the U.S.-Mexico border, blaming migration for crime and drugs and vowed to work to build a wall.

During his victory speech, Vance said he will hit the ground running in the U.S. Senate.

"We have a very simple job to do," Vance said. "It's to go to work every single day and fight for the people of Ohio."