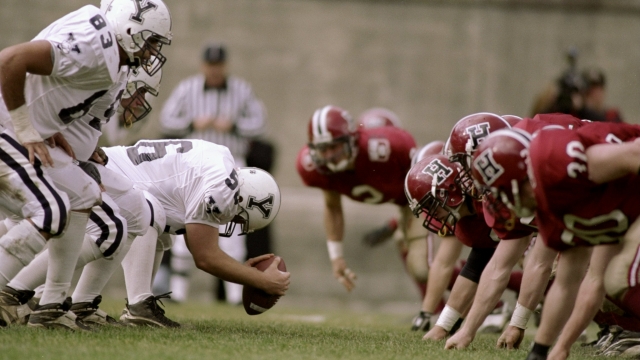 The move is designed to help stave off chronic traumatic encephalopathy, or CTE, the often discussed brain disease caused by repeated blows to the head. Because if there are any brains you’d want to protect, it’s these ones.

Some Ivy League coaches and players were initially concerned if they stopped tackling during the week, their skills would be rusty during games. But one team has already proven that’s not an issue.

Dartmouth ended full-contact practices in 2010, instead relying on new techniques to get players game ready without putting someone at risk for an injury.

Dartmouth head coach Buddy Teevens told The New York Times: "At this stage in their careers, these guys know how to hit and take a hit. People look at it and say we’re nuts. But it’s kept my guys healthy."

And taking it easy during the week really helped Dartmouth’s in-game performance. Teevens said his defense misses less than half as many tackles as they used to.

That may be one reason the team has steadily improved since 2010, claiming a share of the Ivy League championship in 2015.

The decision to end tackling during practice is expected to be formally adopted after it’s reviewed by Ivy League officials.

This video includes a clip from Mashable and images from Getty Images.