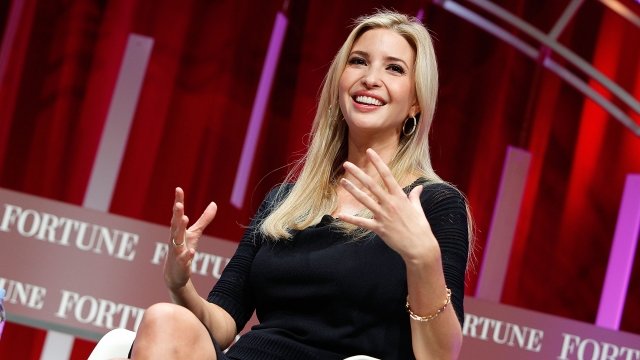 That's according to The Washington Post, which says the White House adviser sent hundreds of messages to Cabinet officials, administration aides and assistants using that personal account.

The extent of Trump's use of a private account was reportedly discovered after a nonpartisan watchdog group called American Oversight filed a Freedom of Information Act request last year.

A spokesman for Trump's lawyer said she stopped using her personal account for official business after the White House explained she shouldn't be doing so. This reportedly happened after she finished transitioning into her government role.

The spokesman continued, saying Trump mostly used her private email to send messages about "logistics and scheduling concerning her family." And in what many outlets took to be a clear reference to Hillary Clinton, he said Trump didn't send any classified emails or delete any messages off the private server.