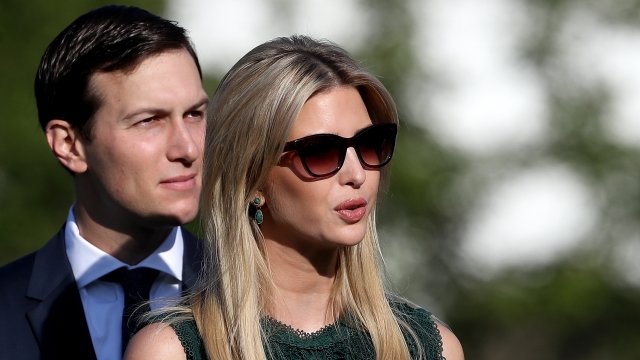 The couple's outside business interests have raised eyebrows for ethics experts since day one of the Trump administration. A spokesperson for the couple's ethics lawyer says the two follow all ethics rules. They have divested from a portion of their business holdings.

But that won't absolve concern. Both Trump and Kushner are advisers to the president. And they still have big stakes in companies both foreign and domestic.

Kushner failed to disclose several business stakes last year. He said he divested from them before he started working in the White House and didn't disclose them because of an accounting oversight. The couple was sued late last year over financial disclosure omissions.