Ivanka Trump, Jared Kushner In Israel Ahead Of US Embassy Opening 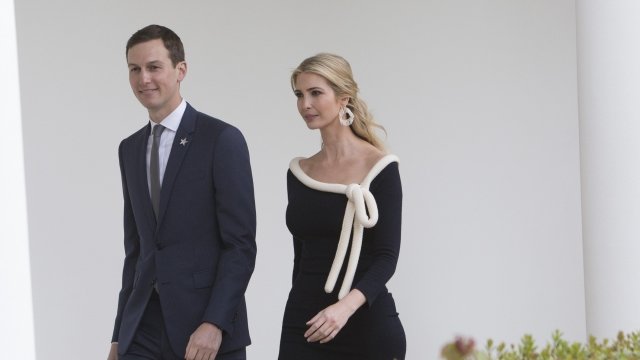 Ivanka Trump and Jared Kushner are in Israel before Monday's grand opening of the U.S. Embassy in Jerusalem.

The two senior White House advisers, Treasury Secretary Steven Mnuchin and Deputy Secretary of State John Sullivan will attend the ceremony. President Donald Trump won't be there. But, he's expected to address the event by video.

In December, Trump announced he would move the U.S. Embassy from Tel Aviv to Jerusalem, causing some tension. That's because both Israel and Palestinians claim Jerusalem as their capital — which is why many countries have their embassies in Tel Aviv.

On Monday, a small temporary U.S. Embassy will open inside a consular building in Jerusalem until a more permanent location is figured out.