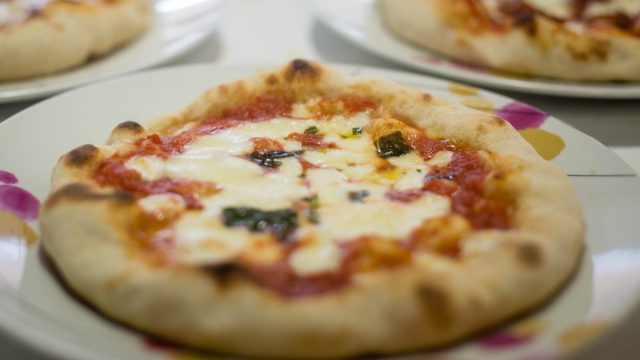 Italy has applied to the United Nations organization to protect the cultural heritage of the art of Neapolitan pizza making.

All hail Italy, the country that just became the most relatable one in the world. It wants pizza to be protected by UNESCO — the United Nations Educational, Scientific and Cultural Organization. Don't we all?

But not just any pizza. Italy wants the art of Neapolitan pizza making added to UNESCO's Intangible Cultural Heritage list.

The approval process takes a year, so Neapolitan pizza won't be a protected cultural heritage until 2017. But seeing as how pizza is a universally loved food, we have a feeling there's a good chance it'll get approved.

The application includes the details that make a Neapolitan pizza authentic, like the thickness of the crust and the role of the pizzamaker.

The popular food was invented in Naples between 1715 and 1725. It's believed that Queen Margherita of Savoy asked a famous pizzamaker to design a "dish for the people."

That design became the basis for our fave pizzas, and the basil, mozzarella and tomatoes represent the colors of Italy, which had been recently unified.

And should Neapolitan pizza get added to UNESCO's list, it'll be in the company of other food-related traditions, like Korea's kimchi-making process, the gastronomic meal of the French and the Mediterranean diet.

This video includes clips from Rick Steves' Europe and The Wall Street Journal, and an image from Wikimedia Commons.