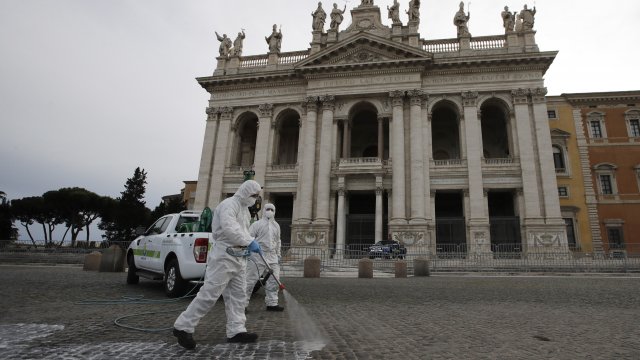 Italy is planning to reopen it's international and regional borders on June 3. It's also eliminating the 14-day quarantine for incoming travelers.

Over the weekend, Prime Minister Giuseppe Conte said Italy is "facing a calculated risk that the contagion curve may rise again." However, he said waiting longer to reopen would mean the country "would end up with a strongly damaged economic and social structure."

Italy – which was the second epicenter of the coronavirus – has had Europe’s longest and strictest lockdown amid the pandemic.

According to Johns Hopkin's University, the country has reported over 225,000 confirmed cases. It has the third highest death toll globally, with more than 31,000 fatalities.

Factories and parks reopened last week and shops, bars, restaurants and hair salons are allowed to reopen on Monday. Meanwhile, gyms and swimming pools are scheduled to reopen next week and cinemas and theaters are expected to reopen in mid-June.

Conte said an extensive system is in place to monitor any possible outbreaks and the government would close areas down again if necessary.

Additional reporting by Colleen Barry of the Associated Press.