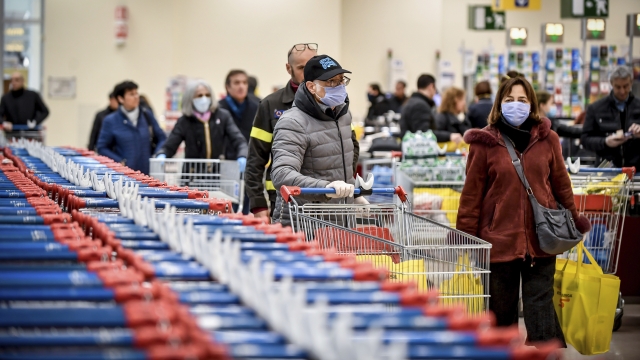 Thousands of people in northern Italy crowded in train stations to escape before the quarantine began.

Italy's government has placed millions of people in the northern part of the country on lockdown in an effort to stop the spread of coronavirus.

Italy's prime minister signed the decree early Sunday. It affects the Lombardy region and 14 provinces, encompassing about a quarter of the population. Milan and Venice — both popular travel destinations — are in the affected region. Anyone who wants to travel out of the confined area will have to get special permission.

The restrictions will be in place until April 3. Prime Minister Giuseppe Conte acknowledged, "We understand that these measures will impose sacrifices, sometimes small and sometimes very big."

When news of the decree got out, thousands of people in Italy's north crowded into train stations to escape before the quarantine began.

Schools and all public events in the area are canceled during the quarantine. Other public spaces like nightclubs, gyms and museums are also forced to close.