Italy, Ireland And The Trouble With European Stimulus 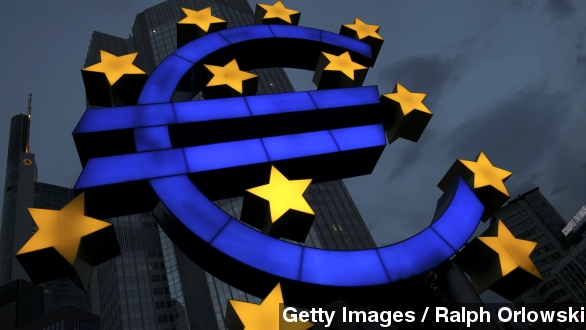 SMS
Italy, Ireland And The Trouble With European Stimulus
By Bram Sable-Smith
By Bram Sable-Smith
December 6, 2014
Comparing Ireland's and Italy's economies tells you all there is to know about Europe's triumphs and failures toward recovery.
SHOW TRANSCRIPT

The very same day, the very same agency bumped Ireland's credit up to A — the second upgrade in six months.

Both countries were among the hardest hit during the global recession, and looking at how their economies have ended up in such different places, helps illustrate why Europe continues to struggle toward economic recovery.

In 2008, Ireland was the first eurozone country to fall into a recession after its banks lost an estimated 100 billion euros.

That led the Irish government to spend billions of euros to bail out banks, while also slashing public spending, raising taxes and taking its own bailout package from the EU and IMF in 2010. (Video via Channel 4)

The moves were widely unpopular at the time, leading to one of the largest demonstrations in the history of the republic. (Video via YouTube / siogbeagbideach)

But some commentators credit those decisive actions by the government for reigning in bank lending and pulling Ireland out of recession.

Italian banks, meanwhile, have been far less disciplined with keeping cash on-hand. Italy accounted for nine of the 25 banks failing the most recent stress test by the European Central Bank, the most of any country by far.

A triple-dip recession in the Italian economy has just about wiped out the country's growth, and unemployment reached a record 13.2 percent in October.

And despite its own tax hikes and spending cuts, Italy's public debt could still peak as high as 2.3 trillion euros (about 2.8 trillion dollars) which has led the European Union to call for still more austerity.

Friday's downgrade by S&P reaffirms what you probably already suspected: now is not a great time to invest in the Italian government. (Video via CNBC Europe)

And as the European Central Bank hints at quantitative easing coming as early as next year, the contrasting state of the Irish and Italian economies is an example of just how difficult enacting that sort of stimulus can be in Europe.