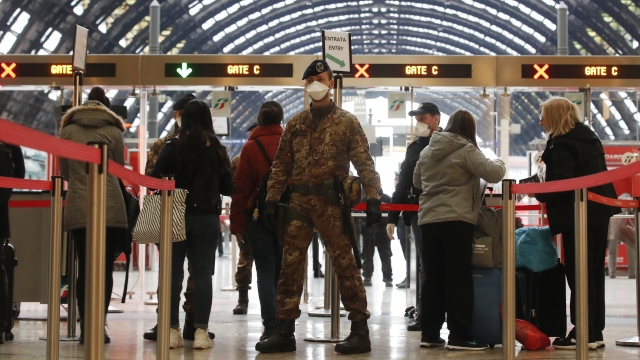 Italy is under a nationwide lockdown as part of a government effort to stop the spread of the coronavirus. The order took effect Tuesday local time.

On Monday, Italy's prime minister extended the lockdown in northern Italy to the entire country. He said there would be no more public gatherings, including sporting events, and that people would only be allowed to travel for essential business or health or family emergencies.

School closures in Italy have also been extended until at least April 3.

Inmates across the country were outraged after prison visits were suspended. At least six inmates died after riots broke out, but authorities are waiting for autopsy results to announce how they died.

The coronavirus has killed at least 463 people and sickened more than 9,000 in Italy. The country has the second-largest outbreak in the world after China.