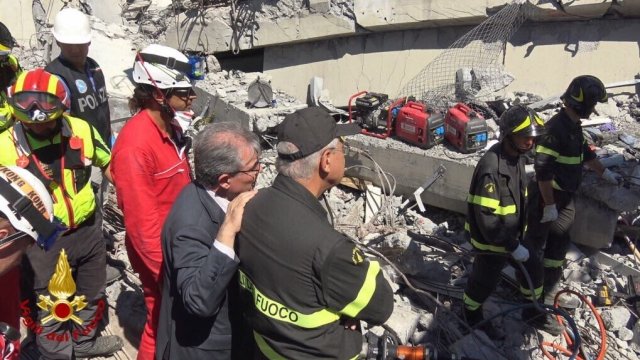 The Italian government declared a 12-month state of emergency in the region where a bridge collapsed Tuesday, killing at least 39 people.

Several Italian bridges have collapsed in recent years. And industry officials reportedly warned Genoa's City Council about the structural integrity of this bridge as early as 2012.

The country's transport minister called for the managers of the company in charge of maintaining the bridge to resign immediately. The prime minister released around $5 million in public funds to aid the Genoa region.

The government also announced a national day of mourning for the victims.