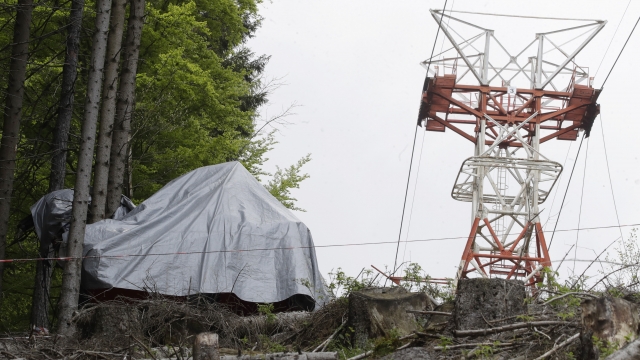 An Italian judge let three suspects in a cable car disaster leave prison Sunday after she most of the blame fell on a service technician.

That technician reportedly had intentionally disabled the cable car's emergency brake - on several occasions — because it kept locking spontaneously.

The judge says there was not enough evidence to suggest that the owner of the cable car company or the maintenance chief knew that the technician had deactivated the brake.

The technician is now under house arrest.

Fourteen people were killed in the cable car crash last Sunday after the cable snapped and the car plunged to the ground, toppling into trees. One child, a 5-year-old, remains hospitalized.