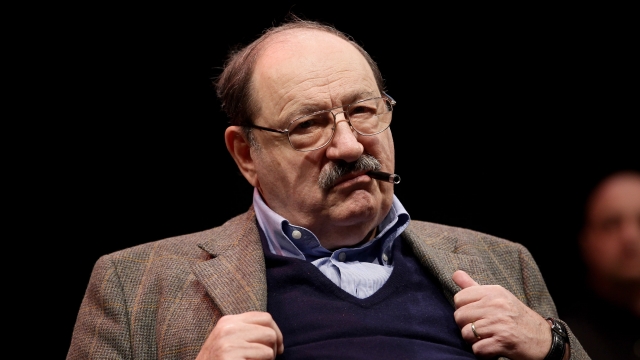 SMS
Italian Author Umberto Eco Dies At 84
By Matt Picht
By Matt Picht
February 19, 2016
The author of "The Name of the Rose" and famed semiotician died at his home Friday.
SHOW TRANSCRIPT

Italian author and literary critic Umberto Eco died at his home Friday, according to his family. He was 84.

Eco was best known for his 1980 novel "The Name of the Rose," a murder mystery set in a medieval abbey that interweaves literary and symbol analysis as plot elements. A 1986 film adaptation of the book starred Sean Connery as protagonist William of Baskerville.

In addition to authoring several books, Eco was also a premiere intellectual in the field of semiotics, a branch of communication theory that studies meaning within signs and symbols.