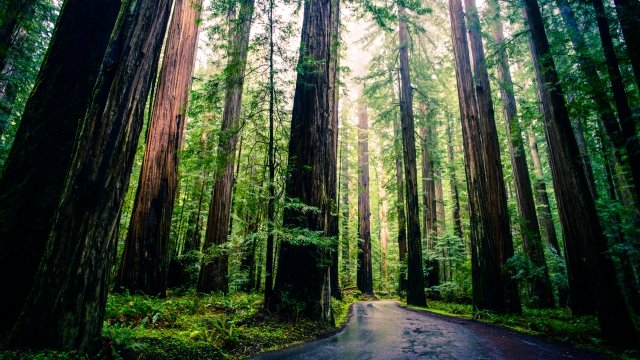 SMS
It Would Take A Forest The Size of the US To Offset Its Coal Emissions
By Tyler Adkisson
By Tyler Adkisson
September 7, 2018
A new study shows that the U.S. doesn't have land space to plant enough forests to eat up carbon from coal plants.
SHOW TRANSCRIPT

Our forests are a carbon sinks, areas which help lower the total amount of carbon dioxide in our atmosphere. Some scientists — and even state governments — have proposed planting more forests to offset their carbon emissions. But new research shows that plan wouldn't be very effective.

In the new study, scientists estimated how much land it would take to offset the excess emissions from coal-fired power plants with trees. They also ran the same numbers for solar power plants.

They found that coal-fired plants need 13 times as much land to offset their emissions, compared to solar power plants. A forest large enough to fully address coal emissions would cover nearly 90 percent of the U.S.

It wouldn't be achievable or sustainable, in other words. And this is just the latest study to show that trees alone can't address all greenhouse gas emissions. But on smaller scales, offsetting carbon with trees can help communities meet their environmental goals.

But when it comes to the national scale, researchers say the better way forward is to improve alternative energy sources like solar power. They have a lower carbon footprint to begin with, and making them more efficient is easier than planting an enormous new national forest.