It's Official –– The Universe Is Dying 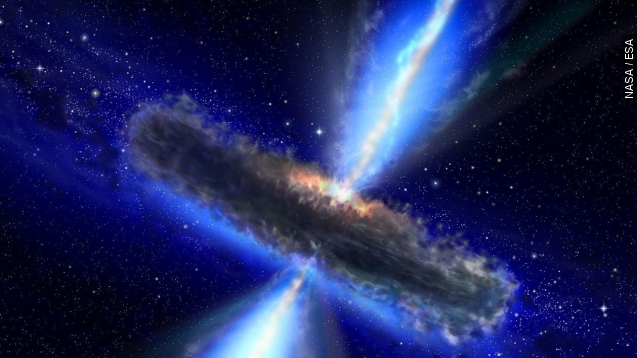 SMS
It's Official –– The Universe Is Dying
By Ryan Biek
By Ryan Biek
August 11, 2015
Researchers confirmed the universe is in its decline, but there's plenty of good news to go with it.
SHOW TRANSCRIPT

Prep your doomsday bunkers –– the universe is dying.

Ok, maybe that's a little strong. The leader of the Galaxy and Mass Assembly project, said, "The Universe has basically sat down on the sofa, pulled up a blanket and is about to nod off for an eternal doze.”

Sounds kind of like an average Sunday to me. Scientists have speculated since the '90s that the universe has been in decline. This latest project between dozens of universities is just a further confirmation of that.

The researchers measured the energy being emitted from more than 200,000 galaxies. They measured at 21 different wavelengths, between ultraviolet and the far infrared. (Videos via GAMA)

Theoretically, the Big Bang created all the energy in the universe, some of which became mass. Thanks to Einstein and his equation E=mc^2, we know stars shine by transferring that mass back into energy. (Video via NASA Goddard)

The stars have already lost half their brightness, not just in terms of visible light but in all the 21 wavelengths measured. (Video via NASA)

A member of the research team told NPR, "Once you've burned up all the fuel in the Universe, essentially, that's it. The stars die, like a fire dies, and then you have embers left over that then glow but eventually cool down. And the fire just goes out."

But there's some good news –– the project is one of many that are advancing our ability to detect energy. Similar to how human history can only go as far back as the stories available, the universe's past is only as deep as its earliest energy we can measure. (Video via NASA)

The researchers are planning on building the world's largest radio telescope over the next ten years to map the complete history of the Universe.

And one more piece of good news, the researchers say the universe has a few billion years left to live. That's plenty of time for us to figure out our next move, right?

This video includes images from Getty Images and audio via Birocratic / CC BY 3.0.