It's Now Legal To Hack Your Car's Many Computers 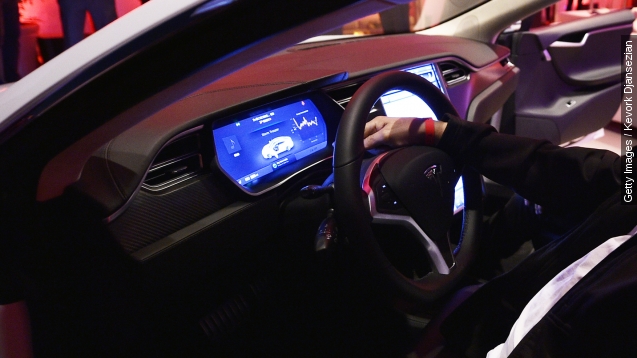 SMS
It's Now Legal To Hack Your Car's Many Computers
By Mikah Sargent
By Mikah Sargent
October 28, 2015
The Library of Congress has adopted exemptions to the Digital Millennium Copyright Act that let researchers and owners hack their car's computers.
SHOW TRANSCRIPT

Aside from the engine, wheels and other mechanical components, your car is a big bundle of computers. And those computers run software that may be protected by copyright.

Up until this point, if you altered the copyrighted software in any way, you were breaking the law. (Video via Tesla Motors)

But that's changed. The Library of Congress adopted exemptions to the Digital Millennium Copyright Act that give car owners the right to alter their car's software.

The Electronic Frontier Foundation, or EFF, argues important and necessary improvements take place when owners are allowed to "hack" their vehicles.

It explains: "Some car modders have experimented and found that modifications to the code in vehicle [computers] can increase fuel efficiency. Others have implemented new vehicle functions."

"You can just notice that your car is going to the right and you are not turning the wheel," said security expert Alberto Garcia Illera in a video from Motherboard.

Researchers have proved it's possible to hack a car. The EFF says giving security researchers the right to tinker with car software will help prevent dangers like this.

Car manufacturers — which are critics of the new exemptions — disagree. The Guardian quotes a statement from the automotive industry that said, "Sensitive vehicle data could be easily manipulated, altered, or distributed – undetected — if these changes are implemented." (Video via MyDriftFun)

Despite concerns, the Library of Congress pushed forward with the exemptions. Due to the nature of the law, requests for exemptions must be argued every three years, so it's possible we could lose the right to modify vehicle software in the future.