It's Not Just You; July Was The Hottest Month On Record 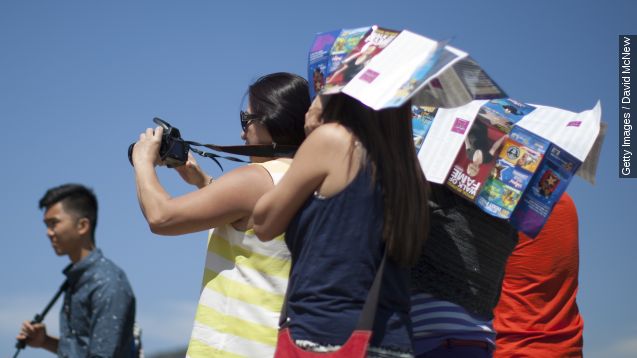 July was the hottest month on record, and scientists worry it could mean our winter and spring will be filled with storms from El Nino.

The National Oceanic and Atmospheric Administration officially deemed July the hottest month on record. Ever.

Climate scientist Jake Crouch told CNN this is "is reaffirming what we already know. The world is warming. It's continuing to warm."

Scientists believe at year's end, we could've seen the highest temperatures to date, and the result of that could be scary.

The NOAA believes a storm is brewing in a big way. It all has to do with sea level temperatures and wind direction.

Yup, we're under an El Nino advisory in the Northern Hemisphere. It's hard to know when it might hit, but scientists predict it'll be this winter into early next spring.

This video includes images from Getty Images and NASA / CC BY 2.0.