It's Not Just Starbucks; These Brands Can Name Their Price 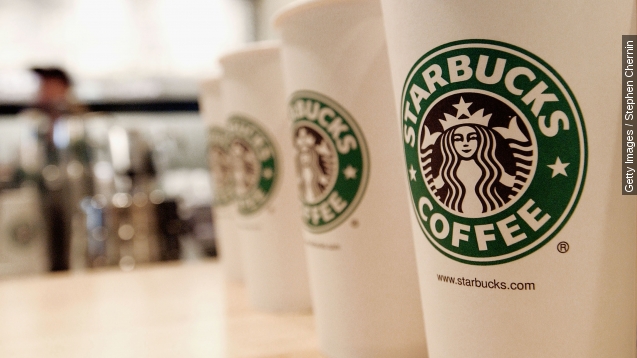 SMS
It's Not Just Starbucks; These Brands Can Name Their Price
By Katie Link
By Katie Link
July 7, 2015
Certain businesses are able to charge more for their products and still retain a loyal customer base. Here's why.
SHOW TRANSCRIPT

Starbucks raised its prices ... again. Some perhaps think we should be shocked, dismayed, swear to never purchase another cup of joe from them — but we'll be back.

Starbucks dominates its market. With over 22,000 storefronts worldwide, Starbucks can afford to increase prices, knowing loyal customers will return day after day for their caffeine fix. (Video via Starbucks)

It made us wonder: Who else dominates their target audience, and how exactly do they get away with naming their price? It tends to boil down to this: We want nice things.

Let's take Apple, for starters. As a bonafide leader in the tech industry and by constantly updating design, function and performance, Apple execs can easily maintain luxury prices and sleep at night knowing they'll still be on top. (Video via Apple)

Chipotle is another brand known for regularly hiking prices while retaining customers. Once again, we want the best. And right now, "best" in the food industry is largely equated with GMO-free and locally farmed fare. (Video via Chipotle)

Business Insider reports the company charged more for certain ingredients last summer and will do so again this year. But despite the extra money, Bloomberg indicated last year burrito-eaters didn't abandon the chain. As a result, New Chipotle stores are popping up across the U.S.

In the retail world, Nike has long held the title of "athletic wear winner." According to Business Insider, the brand continually enjoys success thanks to high-quality innovative clothing and footwear options. (Video via Nike)

Sure, Under Armour, Adidas and Lululemon may share the field with Nike. But, numbers don't lie. Nike brings in $28 billion in sales annually while it's closest competitor, Under Armour, brings in about $3 billion.

But loyalists beware: The next time the price of your coffee or burrito gets bumped up by an extra couple of dimes or so, it probably won't be the last.