It's Not Just Facebook: OKCupid Experiments With Users Too 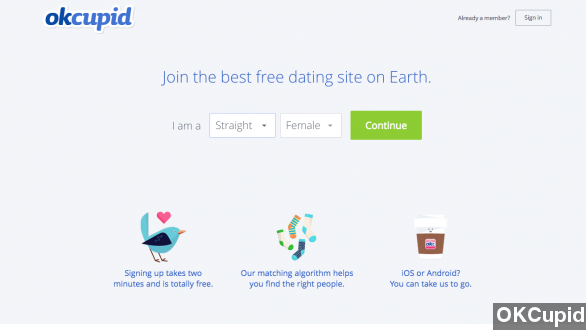 SMS
It's Not Just Facebook: OKCupid Experiments With Users Too

By Sebastian Martinez
July 29, 2014
If you've been looking for love online, there's a chance somebody has been looking at how you're looking.
SHOW TRANSCRIPT

Looking for love online? There's a chance somebody else has been looking at just how you go about doing it.

Popular dating site OKCupid revealed in a blog post that the site has been running experiments on how users go about finding a match, including removing profile pictures and telling badly matched couples they were actually good matches.

OKCupid co-founder Christian Rudder rationalized the experiment, saying: "Guess what, everybody: if you use the Internet, you're the subject of hundreds of experiments at any given time, on every site. That's how websites work."

Rudder's decision to come clean about the experiments comes after Facebook revealed it had experimented on its users in 2012, altering whether a group of nearly 700,000 users saw positive or negative content. (Via CBS)

That sparked angry responses from users and prompted some outlets to call it a violation of trust because Facebook didn't tell anybody about the experiment in the first place. (Via Wired, Los Angeles Times, Boston Globe)

​"They don't then tell you this is a psychological experiment. I don't know why you would continue to use Facebook after you know it does this to users, I honestly don't." (Via Fox News)

It also led critics to file a complaint with the Federal Trade Commission and even an investigation by British regulators. (Via Information Week, USA Today)

The backlash against OKCupid hasn't quite gotten that far, but people — shockingly — still don't seem to like being secretly experimented on, especially not when it comes to their love lives.

As a writer for Businessweek put it, "You're the guinea pig for all kinds of experiments run by snarky Internet types, who grind up your loneliness and use it to feed their algorithms."

Businessweek also pointed to the fact that Rudder, who wrote the OKCupid blog post, could be trying to get attention for his upcoming book to be published in the fall. (Via Amazon)

​​OKCupid's revelation once again puts the spotlight on the actual state of our online privacy, with The New York Times noting, "The test also illustrates how easy it is for a website to manipulate users without their knowing."

On the whole, though, the reaction seems more subdued than it was after Facebook's revelation, with some outlets even getting playful.

To understand the difference in the responses between the backlash Facebook got and the response to OKCupid's announcement, it's worth noting that OKCupid only has around 30 million users, where Facebook boasts more than a billion. (Via Getty Images)

On the whole, OKCupid said the experiment's findings — that well-matched people do better than people who are just told they're well-matched — prove the site's algorithm works.