It's Hard To Woo Someone To Run Against Donald Trump, Even Mark Cuban 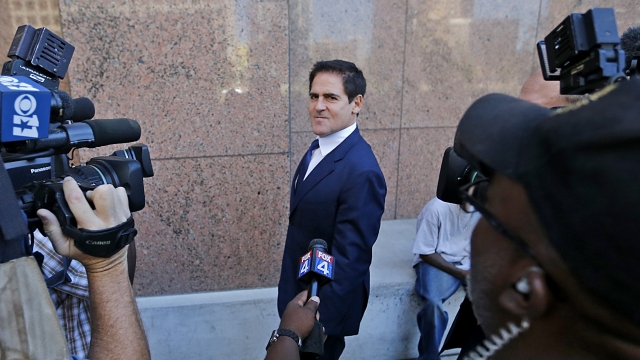 Sources say there's a group of Republicans searching just about everywhere for a nominee not named Donald Trump to hop on the presidential ticket as an independent.

The Washington Post reports the group currently trying to woo someone to go for an independent presidential bid includes 2012 nominee Mitt Romney and commentator William Kristol.

It's not as though Cuban doesn't have a history of either inserting himself or getting inserted into White House talk. During this election season, he's insisted he won't run, he's insisted he'd be a better president than Donald Trump if he did run and a "Shark Tank" colleague insisted there was a 100 percent chance he'll be president someday.

In an email to The Post, Cuban wrote of Trump, "He could come after me all he wanted, and he knows I would put him in his place. All that said, again, I don't see it happening. There isn't enough time."

Cuban is probably right. The Republican National Committee is already coordinating strategy and its considerable resources with Trump's camp as the presumptive nominee.

Even the brief, weeklong division between Trump and House Speaker Paul Ryan now appears to be moving closer and closer to unity.

"We are now planting the seeds to get ourselves unified to bridge the gaps and differences," Ryan told reporters on Thursday.