It's Almost Impossible To Predict The World Series Champ 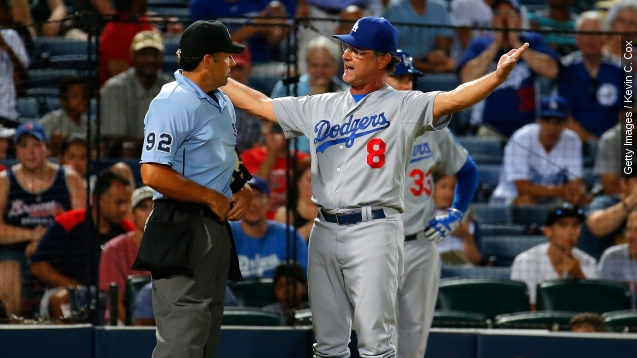 Sorry, Major League Baseball analysts. We've got some bad news for you: Predicting the World Series champion is nearly impossible.

History shows that baseball is unpredictable in October.

"I love the Texas Rangers," ESPN analyst Eduardo Perez said. "Love what they have, love the balance."

"For me, I would take the Toronto Blue Jays," Fox Sports analyst C.J. Nitkowski said.

"For the Dodgers, I think it's Greinke and Kershaw's time," ESPN analyst Aaron Boone said.

With all these opinions, what if we told you the MLB postseason is just ... random?

According to a 2013 study from Harvard University, MLB produces the most random champions out of the four major U.S. sports since 1995 — the year the MLB wild card debuted.

Yes, MLB teams might be better off drawing straws to determine a champion.

In the past 19 seasons, the team with the best record won the World Series just four times.

This randomness has been taken to extremes over the years. In 2014, the San Francisco Giants won the World Series despite finishing the regular season with the eighth best record in baseball.

And in 2001, the Seattle Mariners tied an all-time MLB record with 116 regular-season wins but were bounced by the New York Yankees in the ALCS in just five games.

This might make you think the World Series title often goes to the team playing the best before the postseason begins — in other words, getting hot at the right time. (Video via Fox)

But even that claim isn't backed up by evidence. A 2009 analysis from Baseball Prospectus found basically no correlation between how well teams played in the run-up to the postseason, and whether or not they made it past the first round of the playoffs.

If you want a more reliable postseason, look to the NBA, where every round is a seven-game series, and a higher-possession game ensures the best team wins more often. The best team in pro basketball won the title 10 of the past 21 times — consistency that baseball fans can only dream of.