It Looks Like Medical Marijuana Is Burning Up Prescription Drug Sales 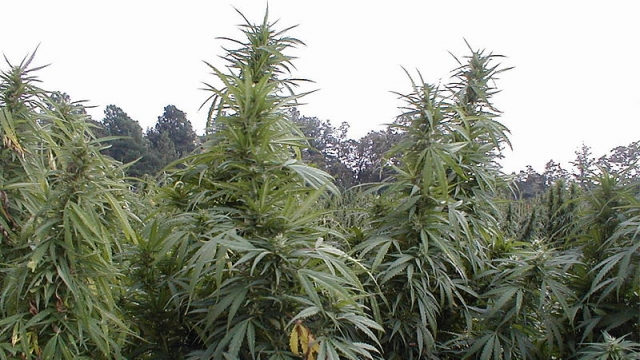 Medical marijuana might be edging out prescription medications and saving the government money.

One study says states that legalized medical marijuana saw a drop in some Medicare drug prescriptions.

That's for drugs that can treat chronic pain, anxiety and depression — conditions that medical marijuana may be used to treat as well.

Specifically, Medicare saved just over $165 million. And that was in 2013, when fewer states had actually legalized medicinal cannabis.

If that legalization would have been expanded nationwide in 2013, the Health Affairs study says Medicare would have save about $468.1 million.

Of course, that's not a huge portion of Medicare's budget, and there could be other reasons for the drop.

Boston Medical Center's Dr. Timothy Naimi told The Boston Globe, "What would be helpful to know would be what proportion of Medicare beneficiaries in these states are actually using medical marijuana, because that would help to determine whether reductions in prescribing are actually due to marijuana laws."

If the savings are from medical marijuana, it's because those with chronic illnesses who want to use cannabis as treatment have to pay out of pocket.

Policy shifts can be tricky because not a lot of research on medical marijuana is out there — and the study admitted that downfall, too.

A big part of this is that the U.S. government still considers marijuana a drug that has "no medical use and a high potential for abuse." But the Drug Enforcement Administration is looking to change that.

Right now, 25 states and Washington, D.C., have made it legal to use marijuana for medical uses. The most recent additions include Ohio and Pennsylvania. Several other states like Florida and Missouri will be seeing potential laws on November's ballot.