'It' Just Had The Best R-Rated Horror Film Debut Ever 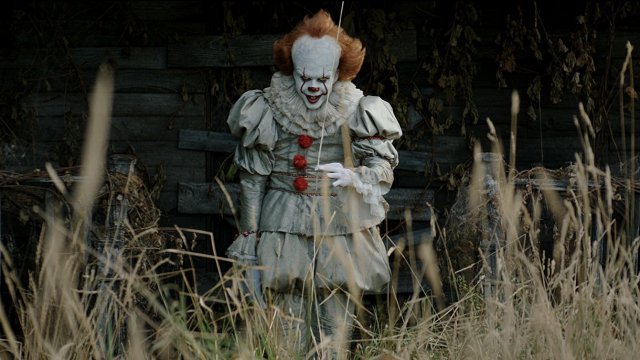 SMS
'It' Just Had The Best R-Rated Horror Film Debut Ever
By Jamal Andress
By Jamal Andress
September 10, 2017
After just three days in theaters, "It" has broken at least six different box-office records on its way to $117 million.
SHOW TRANSCRIPT

Back to scar a whole new generation of kids is "It," bringing in a record-breaking $117 million in its first weekend out.

"It,” based on Stephen King's novel and a 1990 miniseries, just had the second-best debut for an R-rated film ever, right behind a different clown. "Deadpool" still holds the record with a $132 million opening in 2016.

But even the “Merc with a Mouth” has to appreciate the sheer number of records Pennywise managed to break just this weekend.

"It" has claimed the biggest opening weekend ever for an R-rated horror movie — more than doubling the $52.5 million debut of "Paranormal Activity 3.”

"It" is also the cheapest movie ever to top $100 million in its opening, with production costs hovering around $35 million. After all, makeup and balloons can only cost so much.

Lastly, "It" had far and away the best debut ever for a Stephen King adaptation. "The Dark Tower," which came out about a month ago, earned pretty bad reviews and didn't make very much money. "It" has done just the opposite.

"It's really well-done, and, as cliche as this is going to sound, you're really on the edge of your seat," Matt Atchity said on What the Flick?!

Taking the No. 2 spot is "Home Again," bringing in an estimated $9 million in its debut. This Reese Witherspoon-led dramedy couldn't do much in the way of pleasing the peanut gallery, but I (and a lot of other people) don't mind watching Witherspoon be adorable for two hours, so this film may still stand a chance in the coming weeks.

More importantly, though, it only cost $15 million to produce, so breaking even is a good bet.

And finally, falling to the No. 3 spot after three weeks on top is "The Hitman's Bodyguard," bringing in an estimated $4.8 million.

As for next week, brooding like you've never seen before.