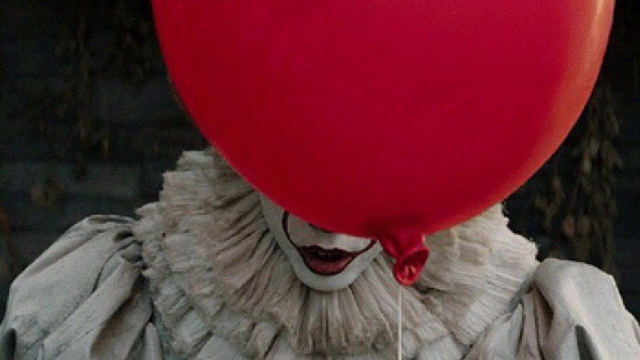 This week's box office was filled with star-studded R-Rated blockbusters.

Sorry for the clown-filled nightmares.

Scaring its way into the No. 1 spot this week is "IT: Chapter Two," bringing in an estimated $91 million on its opening weekend.

The film premiered in more than 4,500 locations — giving it the widest ever release for an R-rated film. That's pretty big for a movie whose main villain is a sewer clown, but it's also no surprise considering the success of its 2017 predecessor.

"IT" is the highest-grossing R-rated horror movie of all time, and it made $123 million on its opening weekend.

Falling to No. 2 this week is "Angel Has Fallen," making an estimated $6 million on its third weekend out. The R-rated, star-studded, action flick helped close out this summer's box office, holding the No. 1 spot for two weeks straight.

Finishing off this R-rated list is "Good Boys," bringing in an estimated $5.4 million on its fourth weekend in theaters. That's pretty impressive for a crude comedy about sixth-graders, but with the success of "Good Boys" and "IT: Chapter Two," let's just say "the kids are all right."