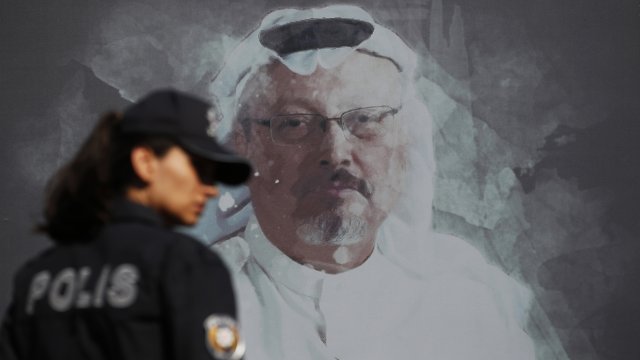 Turkish prosecutors have handed down indictments related to the killing of Washington Post journalist Jamal Khashoggi.

Khashoggi's death received global attention. He was last seen walking into a Saudi consulate in Turkey to pick up marriage documents. He never walked out, and the whereabouts of his remains are still unknown.

A Turkish official said in a statement that 18 people are charged with "acting ... in line with the decision of taking the victim back to Saudi Arabia and of killing him if he did not agree". They also allege the prince's two aides instigated "a premeditated murder with the intent of [causing] torment through fiendish instinct."

The ruling contradicts the results of a Saudi Arabian trial last year, which found Khashoggi's killing was not premeditated. At the time, Saudi Arabia said officers killed the journalist in a scuffle.

According to The Associated Press, Saudi Arabia has refused to extradite the suspects to Turkey. It's not clear if a trial will go on without them.