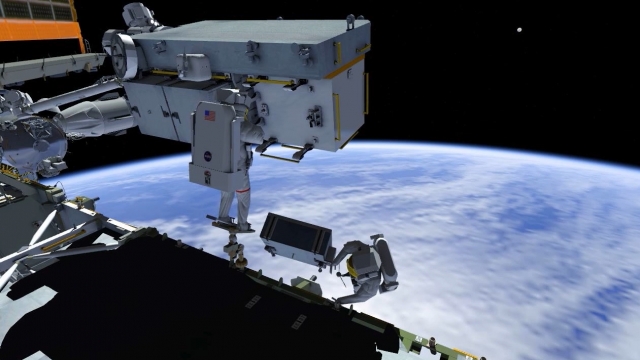 Once this series of spacewalks is complete, NASA officials say they probably won't have to change the batteries ever again.

Early Friday morning, 254 miles over the Indian Ocean, astronauts Chris Cassidy and Robert Behnken suited up and began the first spacewalk since the SpaceX Crew Dragon arrived at the International Space Station nearly a month ago.

On the agenda: replacing batteries.

“What we’re doing is we’re going to a newer technology,” Kenneth Todd, the space station’s deputy program manager, explained to reporters Wednesday. “With [the new batteries’] smaller footprint, you can get way more storage capacity on orbit.”

Friday’s spacewalk is just one in a series to modernize the International Space Station’s power supply. The batteries arrived before the SpaceX crew in May on a cargo-only capsule launched in Japan.

The work is a marathon, with the spacewalk maintenance expected to last up to 7 hours in alternating sunlight and darkness as the crew orbits the earth every 90 minutes.

Once this series of spacewalks is complete, NASA officials say they likely won’t have to change the batteries ever again.

“The longevity of the new technology batteries gets us … well out through what will most likely be the end of the [ISS] program,” Todd said.