Israeli Voters Hit Polls For Third Election In Under A Year 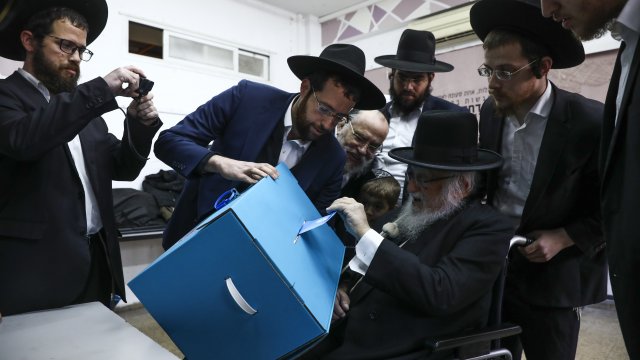 Israeli voters hit the polls for a third general election in under a year.

The country's longest-serving prime minister, Benjamin Netanyahu, and retired general Benny Gantz face off again, representing the Likud and Blue and White parties, respectively. Neither party shored up enough support to form a majority coalition in the 120-seat parliament, setting the nation up for another election.

Netanyahu has since supported the Trump administration's Middle East Peace Plan, sparking opposition against him. The plan would redraw Israel's borders, placing some Arab villages and towns in a future Palestinian state.

Now the Joint List, the Arab minority in parliament, is working to oust Netanyahu.

The challenges don't end for Netanyahu. He also faces corruption charges, including bribery, fraud and breach of trust. He's denied all allegations, and his court date is set for March 17.

Meanwhile, there are concerns over voter fatigue. Fears over the novel coronavirus may also affect voter turnout, despite the government assuring citizens it's made adjustments for people to go out and vote.

So far, opinion polls forecast another deadlock between the two parties. Skeptics say the country is headed toward a fourth election.