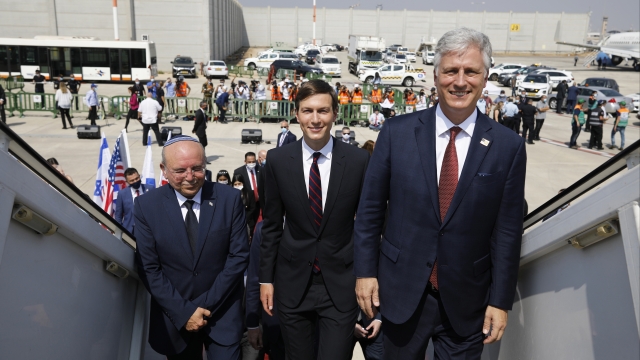 U.S. and Israeli officials boarded a flight to the United Arab Emirates Monday — looking to finalize the U.S.-brokered deal opening relations between the other two countries.

The officials were part of the first-ever direct commercial flight between Israel and Abu Dhabi — making history even before talks began.

The ruler of the UAE decreed the boycott would end Saturday — allowing Israeli businesses to operate in the UAE and goods to be exchanged with Israel.

This decree ends a 1972 law put in place shortly after the UAE's establishment. It mirrored a widely held belief amongst Middle East countries that Israel would only be recognized once Palestinians had a state of their own. However, fears of Iran expedited relations.

Israeli officials hope to set a date for a formal signing ceremony in Washington, possibly as early as next month.