An Israeli Soccer Team Wants To Name Itself After President Trump 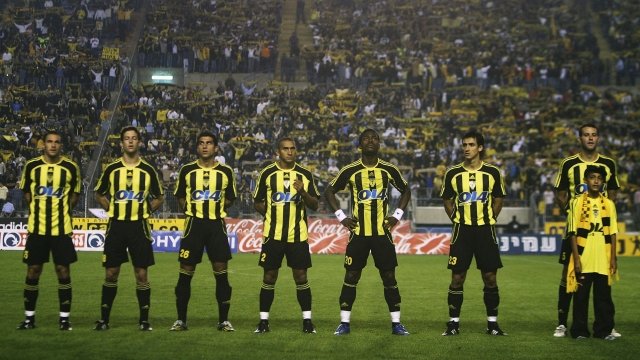 An Israeli soccer team announced on social media it wants to be called Beitar Trump Jerusalem.

The change is meant to honor President Donald Trump for moving the U.S. Embassy in Israel from Tel Aviv to Jerusalem. The team said, "President Trump has shown courage, and true love of the Israeli people and their capital."

President Trump announced his decision to move the U.S. embassy in December. And since then, several things in Israel have been named after him, including a city square and a high-speed rail station.

But the soccer team's announcement may not be the final word on the change.

The Jerusalem Post notes the Israel Football Association needs to approve the name change. The outlet also notes the Trump name is trademarked in Israel, and the team reportedly hasn't received permission to use it.