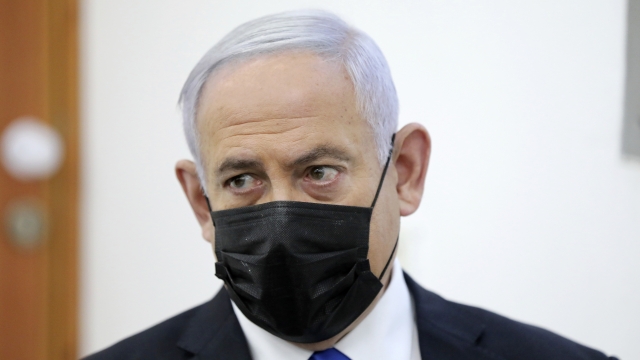 Israeli Prime Minister Benjamin Netanyahu was back in a Jerusalem court for his corruption trial.

He's charged with bribery, fraud and breach of trust in the first such trial of a sitting Israeli prime minister. Netanyahu has denied all wrongdoing and said the case against him is a political witch-hunt.

In the meantime, Israel's president has started meeting with party officials to determine who might form the next government following an inconclusive election last month.