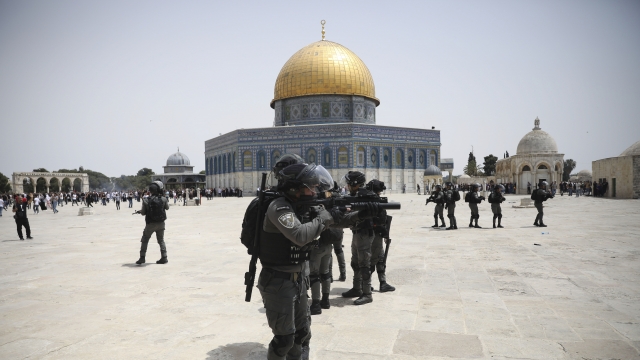 Officers fired tear gas, stun grenades and rubber bullets at the crowd, which a police spokesman said was throwing rocks. At least one Molotov cocktail was purportedly tossed, too.