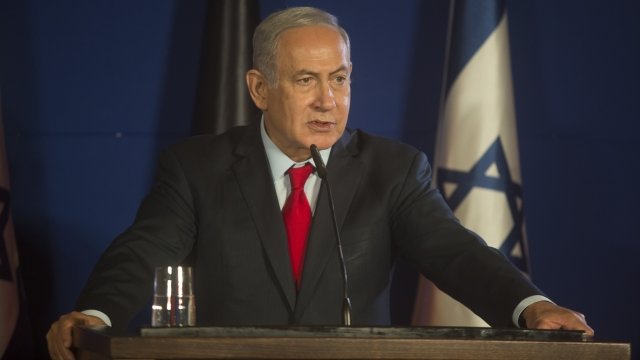 SMS
Israeli Police Find Evidence To Indict Netanyahu In Third Case
By Ethan Weston
By Ethan Weston
December 2, 2018
The prime minister's wife was charged with fraud and breach of trust in a separate case earlier this year.
SHOW TRANSCRIPT

This is the third indictment recommendation leveled against the prime minister. The country's attorney general is in the process of deciding whether or not to indict Netanyahu on corruption and bribery.

The prime minister's wife, Sara Netanyahu, is facing her own legal issues. In June, she was charged with fraud and breach of trust in a separate investigation.

CNN reports that opposition politicians have called for Netanyahu to resign, but that the prime minister still has the support of his party and the political coalition he has built.