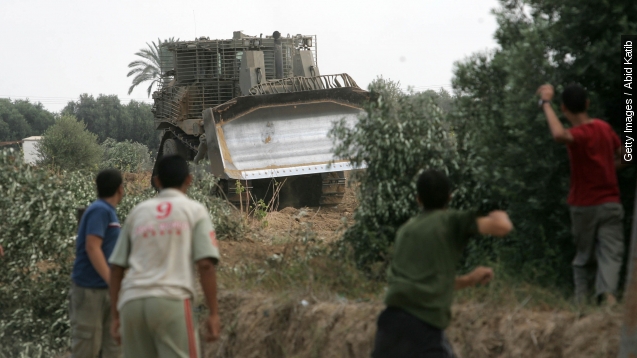 Israeli police are now allowed to open fire on Palestinian protesters who throw rocks and firebombs. (Video via PressTV)

The practice of hurling stones and firebombs is a popular form of protest among Palestinians, especially young people.

"Israeli authorities can use rifles and handguns, while protesters only have slingshots loaded with stones," an RT anchor reported.

Israel's Security Cabinet blessing a live ammunition response is often presented by critics as a disproportionate and even criminal reaction, but stone-throwing can be fatal.

Israeli Prime Minister Benjamin Netanyahu blamed stone-throwers for the recent death of a driver who apparently lost control of his car. Protesters had pelted his car and the road he was traveling on.

Previously, Israeli police were allowed to open fire on stone-throwers if officers believed their own lives were in danger — as an IDF brigade commander says was the case in July when he fatally shot 17-year-old Palestinian Mohammed al-Kasbah. (Video via Israel Defense Forces)

Now, Israeli officers can also fire if they believe a civilian's life is at risk. Israel's Security Cabinet is also pushing legislation that would impose mandatory minimum sentences on stone-throwers, and fine the parents of convicted minors.