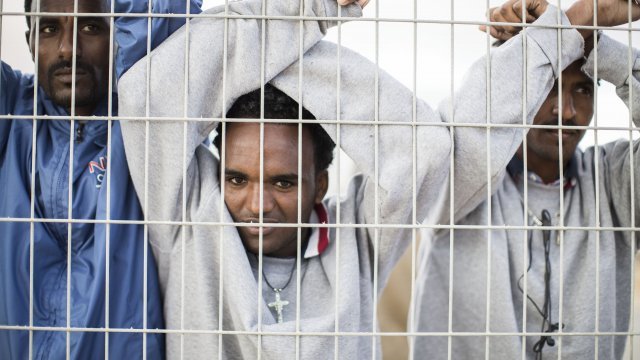 SMS
Israel Plans To Deport Thousands Of Asylum-Seekers
By Matt Picht
By Matt Picht
January 3, 2018
Israel's prime minister has asked his Cabinet to work out plans to forcibly deport thousands of asylum-seekers in the country.
SHOW TRANSCRIPT

There are an estimated 38,000 asylum-seekers currently living in Israel, mostly from Africa. Prime Minister Benjamin Netanyahu wants them gone.

Netanyahu has ordered his national security adviser to look into the legality of Israel forcibly deporting thousands of asylum-seekers, whom Netanyahu has labeled "illegal infiltrators." 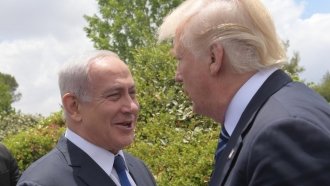 Israel's asylum-seekers mostly come from Eritrea and Sudan. Many say they're fleeing violence in their homeland, but Israel generally considers them economic migrants.

Currently, Israel offers asylum-seekers around $3,500 if they relocate to another country. That offer lasts until the end of March; after that, the government's payout decreases rapidly, and asylum-seekers could face indefinite jail time.