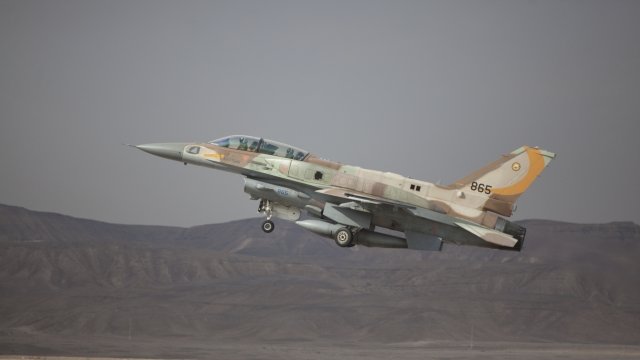 Israel Defense Forces said it launched the airstrikes after shots were fired from Gaza and damaged a building in a southern Israeli city. The Israeli airstrikes reportedly hit a weapons production facility and a military compound in Gaza.

This move by Israel comes after Palestinians have been protesting near the border between Gaza and Israel for weeks.

The protesters have focused on the border fence separating them from Israel, as well as the U.S. opening its new Israel embassy in the contested city of Jerusalem.

Gaza's Health Ministry reported at least one person was injured in the airstrikes overnight.