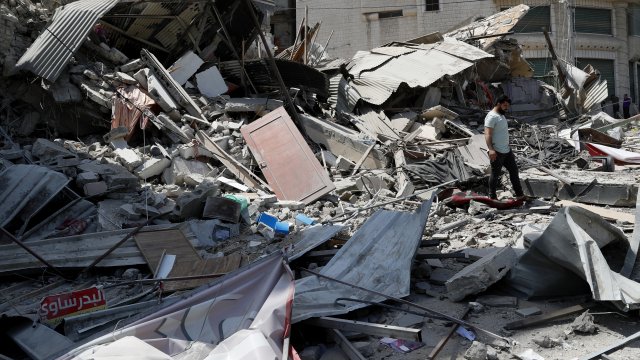 Days of deadly violence between Israel and the Palestinian militant group Hamas may be coming to an end.

There's been growing pressure from the U.S. and other countries to stop the fighting, which has gone on for 11 days.

Netanyahu previously vowed to continue airstrikes until their goal was met.

Ahead of the announcement Thursday, Israeli forces were still targeting militants based in Gaza.

Hamas also launched more rockets at Israeli cities – most of them shot down by Israel's defense system.

More than 240 people – mostly Palestinians – have been killed in this conflict.