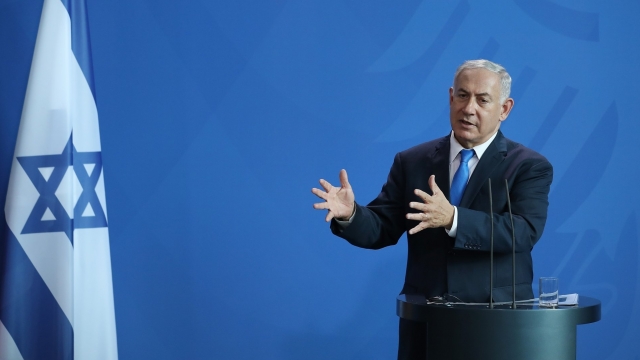 According to NBC News, he's being indicted on one count of bribery and three counts of breach of trust.

Police have recommended the prime minister be indicted in relation to three different cases known as 1000, 2000 and 4000.

The AG announced his decision just over a month before Israel's general elections. The indictment isn't expected to keep Netanyahu from running for re-election. But if he's convicted, and if that conviction is upheld through the appeals process, he could be barred from seeking another term.

Netanyahu will still have to face an indictment hearing, but CNN reports that hearing is expected to take place after April's elections.