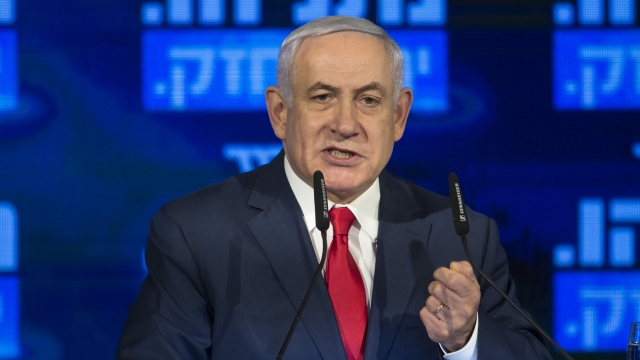 For the first time ever, a general election in Israel failed to produce a government. Now, the country has to hold new elections in late summer.

Prime Minister Benjamin Netanyahu failed to form a government from the parties elected to Israel's parliament, the Knesset, before his deadline.

Netanyahu won a fifth term as prime minister in April. He said then he wanted to create a coalition with five far-right, right-wing and ultra-Orthodox Jewish parties. It would have given his Likud-led government up to 65 of the 120 seats in the Knesset.

Under normal circumstances, Netanyahu failing to form a government would mean the Knesset's president would pick another leader to try to form a coalition. But Netanyahu's supporters put forward a bill to dissolve the Knesset and hold new elections, and it was passed 74-45 shortly after Netanyahu's deadline expired.

Netanyahu has promised to win the new elections.