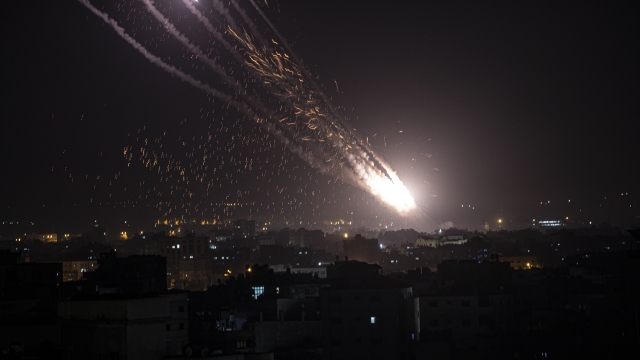 Hamas claimed responsibility for rocket attacks against Israel Monday. Israel responded with airstrikes across the Gaza Strip that killed at least 13 people, including six children.

According to the Associated Press, seven other people died in an explosion Monday, but it's unclear whether the blast was caused by an Israeli airstrike or errant rocket.

Israeli Prime Minister Benjamin Netanyahu warned that fighting could continue for a while since "the terrorist organizations in Gaza have crossed a red line."

"The rocket attacks coming from Gaza are unacceptable. Israel has a right to defend itself and its people and its territory and the Department of Defense remains committed – very committed – to helping Israel do that," Kirby said.