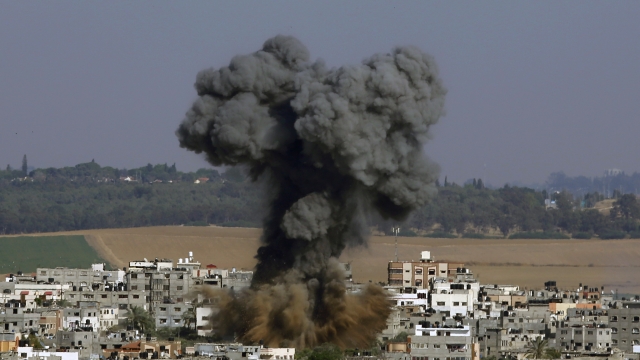 SMS
Deaths Mount In Gaza Amid Escalation Between Israel, Hamas
By Lauren Magarino
By Lauren Magarino
May 11, 2021
Israel is sending reinforcements to the Gaza border following an exchange of attacks in the region that killed several militants and civilians.
SHOW TRANSCRIPT

Israel is reportedly sending more artillery batteries and troops to the Gaza border after a fresh round of airstrikes into the territory.

Palestinian officials say at least 26 people have been killed in the exchange of fire so far in Gaza. Israel says most of them were militants.

On the Israeli side, two people were killed amid a barrage of rocket attacks launched from Gaza.

Militants fired off more than 200 rockets into southern Israel on Monday. Israel's defense system intercepted most of the rockets.

The U.S. is calling for an end to the violence but also says Israel has a right to defend itself.