Israel Says Rockets Were Fired At Tel Aviv From Gaza 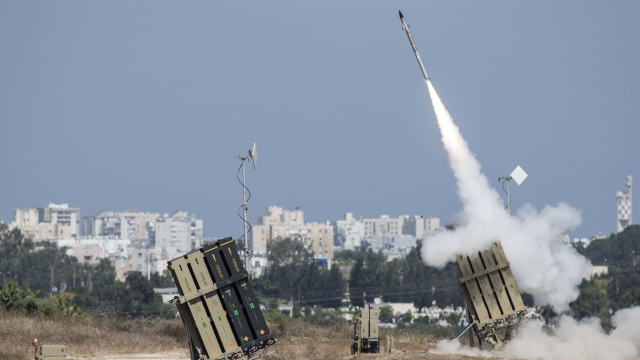 Israel Defense Forces said it began attacking sites in the Gaza Strip after two rockets were fired at Tel Aviv from the area on Thursday.

Israel’s Iron Dome missile-defense system detected the incoming rockets Thursday evening local time and sounded alarms. Even though the defense system was activated, the military said no rockets were shot down. There were no reports of injuries or damage, but residents said they heard explosions.

This was the first time rockets reached the Tel Aviv area since the 2014 Gaza war.

The militant groups Hamas and Palestinian Islamic Jihad both denied they had launched the rockets.