Israel's Netanyahu Secures Backing Of His Own Political Party 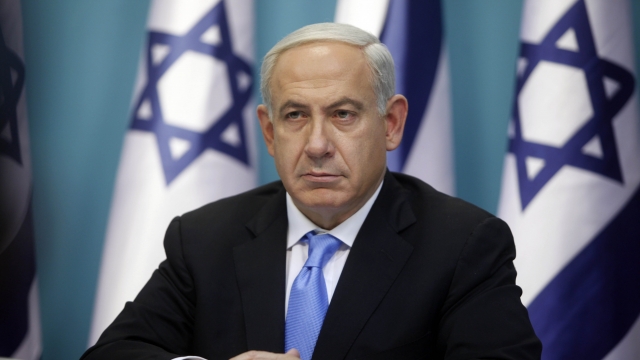 SMS
Israel's Netanyahu Secures Backing Of His Own Political Party
By Meg Hilling
By Meg Hilling
December 27, 2019
Netanyahu's win comes as the country prepares for a third election in less than a year.
SHOW TRANSCRIPT

Israel's Prime Minister Benjamin Netanyahu has secured the backing of his Likud party after a leadership challenge Thursday.

The primary win marks the latest chapter in Israel's race to decide who will be the country's next prime minister.

On Twitter, Netanyahu thanked his supporters and said: "I will lead the Likud to a big victory in the upcoming elections and continue to lead the State of Israel to unprecedented achievements."

Netanyahu agreed to partake in the primary race at the request of political opponent Benny Gantz and his Blue and White party. Both men are trying to secure support within the country's parliament ahead of the country's third national election in less than a year. Neither has been able to secure a majority to form a government in the past two elections.

During all of this, Netanyahu has been battling charges of bribery, fraud and breach of trust. He's been formally indicted by the country’s attorney general in three separate corruption investigations.