How Netanyahu Managed To Clinch Tough Election In Israel 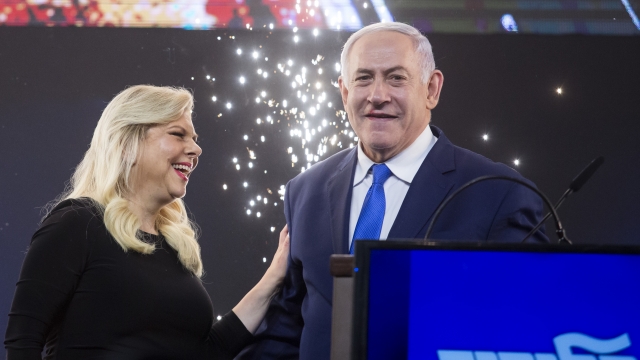 Israeli Prime Minister Benjamin Netanyahu can thank the country's parliamentary system for his all-but-certain re-election victory at the polls this week.

Israelis vote for political parties rather than individual candidates, and early data from the Israel Democracy Institute has Netanyahu's Likud party tying the Blue and White Party of his main rival Benny Gantz at 35 seats apiece.

But lots of smaller third parties also hold enough support to win seats in Israel's parliament, the Knesset. Some of those groups have backed Netanyahu for Prime Minister, giving him potential control of 65 of the Knesset's 120 seats.

The next Knesset will see a lot of new faces: 49 members won election to the chamber for the first time this year. And some Netanyahu's major right-wing rivals may have lost seats in the shuffle.

The fresh mandate from the voters will make it easier for Netanyahu to weather the corruption allegations against him: he's still facing the prospect of indictments from the country's attorney general, but strong political support from the Knesset could limit any consequences he'll have to face.